* In case of any delay in receiving the OTP, you may verify it later. Please proceed without verification.

Enter your City name or Pincode

Uri is an important town of Jammu and Kashmir. It is located on the National Highway 1, just few kilometers from LOC. It comes under the district of Baramullah and is relatively nearer to River Jhelum in Jammu & Kashmir. This place is highly sensitive and largely occupied by Indian Army. Apart from the political scenario, Uri is well known for its scenic beauty and flawless views. Soaring mountains and snow covered hills are awesome to watch at this location. It is nearly 46 km from its district city of Baramullah and 106 km from Srinagar, which is the summer capital of Jammu & Kashmir. 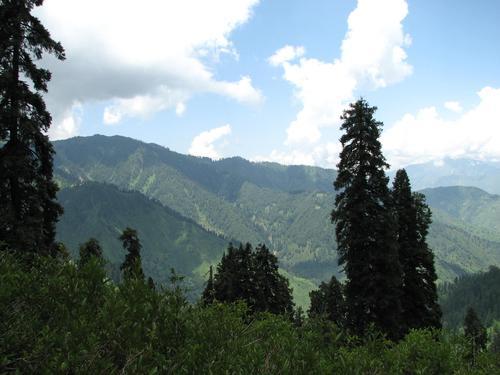 Geography and Climate of Uri

Uri is positioned on the hilly terrain at the average height of 1363 meters, i.e. 4472 feet. It is geographically an important place in Jammu & Kashmir which faces Pakistan administered Kashmir from three sides. The location of Uri is 34.08 Degree North and 74.03 Degree East. It is a tehsil under Baramullah district comprised of villages of Nambla, Garkote, Salamabad, and Kamalkote.

Weather in Uri is colder than any other part of India. Even during summer, this place remains cool. The range of temperature is in between 3 to 27 degree during summer while winter temperature dwells below freezing point at Uri. This region receives high to moderate rainfall, mostly snowfalls throughout the rainy season.

Uri along with Jammu Kashmir was purchased by Maharaja Gulab Singh after paying 75 lakh Nanakshahi coins. This place used to be a village on Srinagar Muzaffarabad Road which was constructed during 1860-1880 AD. Uri is considered as the gateway to Kashmir valley, hence huge traffic used to pass continuously through this hamlet. People living around the village established roadside restaurants to provide service to travelers coming on this way.

Post independence, this place has been strategically quite important in terms of war against Pakistan. This location is in cup shape, fringed by LOC from three sides. It provides gateway to Pakistan in every battlefield as per legends. In past, fierce battles were fought around this area. During 1965 and 1971 war, Uri witnessed fearless counter attack of Indian Army and defeat of Pakistan.

Presence of Pandu Mandir and other significant historical places defines that Uri was an important location during epic era as well. The town witnessed massive earthquake on 8 Oct in 2005 which affected this region up to large extent.

Economy and Industries in Uri

Among the population, large numbers of people are engaged in cultivation, small business, and job. Tourism is major contributor in economy of Uri. There is complete lack of any industries in this region. It may be attributed to the disturbances occurring here since the outbreak of militancy in Kashmir valley.

Travel and Tourism in Uri

Uri is famous for its travel and tourism. Though, this region faces disturbance due to militancy, but still footfalls of tourists are quite high as it is situated on NH 1. Historical temples, breathtaking views, mesmerizing environment and snow tipped mountains are highlights of tourism in Uri. It is also recognized as one of the most romantic places in Jammu Kashmir. Hence, it is a favorite place selected by couples in this region for quality vacations. 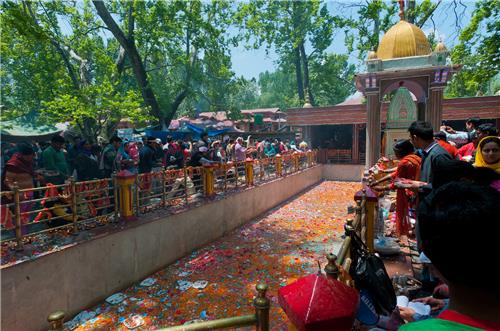 Kheer Bhawani temple located in the vicinity of Uri is one of the prominent places of religious tourism in Kashmir. People come in huge numbers during festive season. Jhelum River flows beside the town bestowing Uri with few picnic spots that are worth to visit when you are around this region. Limber wildlife sanctuary is one of the beautiful attractions located in the excursions of Uri.

Uri is blessed with few accommodation options including guest houses and hotels. Hotel Uri Hills is one of the pioneer stay inns in this region. Luxurious and featured hotels are mostly found at Gulmarg which is an incredible holiday destination of India. Baramulla is another nearest location to get accommodation for comfortable stay in this region of Kashmir Valley.

Fair and Festivals in Uri 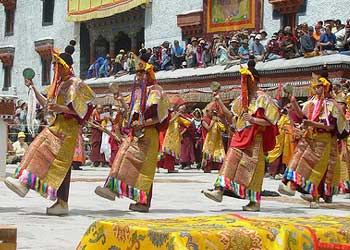 Festivals and carnivals are celebrated on a high note in Kashmir region and the same follows at Uri in Baramulla. Kheer Bhavani Mela is a renowned fair organized at temple of goddess Ragnya Devi situated in the region of Uri. Apart from that, Gurez festival, Saffron festival, Apple festival, and Cherry festivals are few of renowned celebrations provides complete entertainment and window to take glance at traditions of Uri.

How to Reach Uri

Uri is one of the pioneer tourist destination located in western side of Jammu Kashmir. It is well connected through road from Gulmarg and Baramulla. Taxis and Buses are main source to get in to city via these two routes.

By air, Uri is reachable through Srinagar airport, which is an international airport in India. Many domestic and international flights ply between major cities and Srinagar Airport on daily and weekly basis. This airport is placed at the distance of 69 km from Uri.

Baramulla is the closed railway station, situated at 40 km, which is connected to Srinagar and other parts of valley. However, Jammu is the nearest important rail head providing the convenience of transportation. Every important towns and cities are connected to Jammu Junction through various express and superfast trains. This is cheapest medium to get in this region from other states of India.

Things to Take While Backpacking for Uri

It is hilly area and one must consider that climate remain cold throughout the year. Hence woolen is must in backpacking when you are planning trip to Uri. Alongside, trekking shoes, additional pair of footwear, binoculars, mineral water, and proper medicines should be taken for better exploration.

Comments / Discussion Board - About Uri